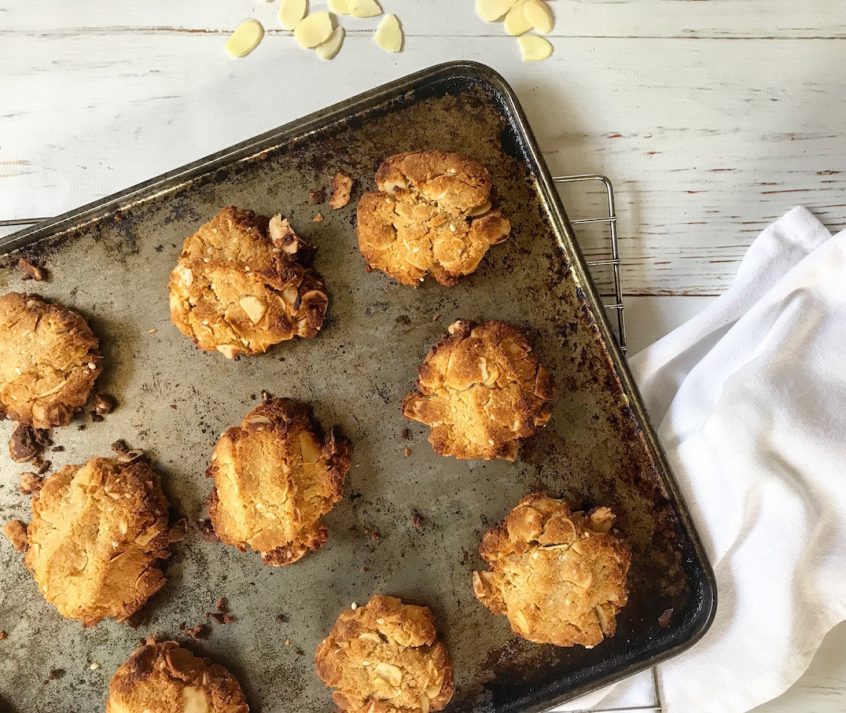 ANZAC Biscuits are something that I really love, and identify with as an Australian; each year commemorating those who have fallen in defence of our beloved country. Last year I made this version. But I thought I’d change things up this year for something a little different…

This year I’ve teamed up with 180 Nutrition to bring you these Superfood ANZAC Biscuits, packed with nutrients. Have you tried 180 Nutrition Protein Superfood before? I mostly use it in smoothies but I also love to use it in baking, pancakes, waffles, muffins, soups and more. The reason I love it is because it’s a 100% natural product – no chemicals, fillers, stabilisers, artificial sweeteners. The business is also a local Aussie business, and I always like to support local.

The ingredients are simply:

I don’t know about you, but when I make a smoothie, I’m wanting to put all of those things in there anyway, so 180 Vegan Superfood just saves me the time haha!

Head over to 180 Nutrition to check it out!

So this year for the ANZAC biscuits I decided to: