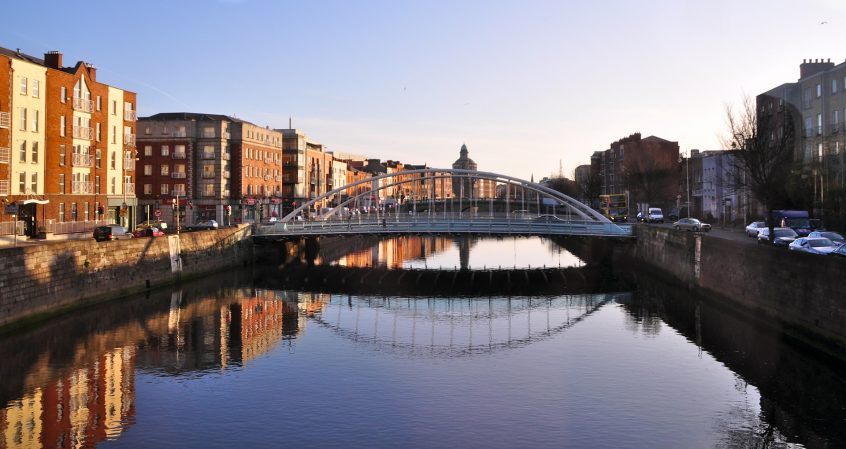 Dublin, Ireland’s capital city, has gradually gained fame in the past few years as more and more travelers are discovering all that the city has to offer. The city is relatively compact in size, making it easy to explore; it is also filled with numerous points of interest to keep you occupied for days on end.

One of the best ways to approach Dublin is by traveling back in time – the city has no shortage of historical attractions that give you an insight into the rich and colorful Irish past. Brush up on your history and check out our list of top things to do in Dublin for history buffs. (Note: a number of these sites prohibit oversized bags or backpacks. If you’re traveling with your luggage, it’s best to temporarily store it in a Dublin luggage storage locker.) 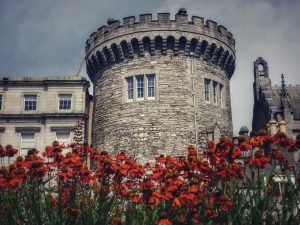 The city’s most iconic landmark, the Dublin Castle, is also one of its most historic; the castle was constructed in 1204 to serve as a fortress under the orders of King John of England. When the building was destroyed by a fire in 1684, it was reconstructed as a Georgian Palace, which is the very structure that you see today. This palace then functioned as the seat of British rule for more than seven centuries. At present, Dublin Castle is now a top tourist destination in Dublin and a venue for special events and exhibitions.

Trinity College is one of the most prestigious universities in Europe and has become a top tourist attraction in Dublin. Established in 1592 by Queen Elizabeth I, the college itself is steeped in history; it is the oldest university in Ireland and the alma mater of prominent figures like Oscar Wilde, Samuel Beckett and Bram Stoker.

But perhaps the college’s highlight is the legendary Book of Kells, found in the campus’ Old Library. Believed to have been created around 800 AD, it is an illuminated manuscript that contains the New Testament’s four Gospels and written in Latin. The book is displayed under glass at the library for public viewing and draws hundreds of visitors on a regular basis.

To get a grasp of Ireland’s long journey to independence, one of the essential landmarks to visit is the infamous Kilmainham Gaol. The former prison, which was established in 1795, housed some well-known figures in history, such as Patrick Pearse, Henry Joy McCracken, Anne Devlin, and Eamon de Valera. Furthermore, many prisoners and rebels were tortured and executed within the grounds of the prison. In 1924, the prison closed its doors for good and in 1960, it was converted into a museum and tourist attraction.

Built in 1814, the General Post Office (GPO) is one of Dublin’s most important historical landmarks. The Greek Revival-style building is located along O’Connell Street and was formerly used as the headquarters of the leaders of the 1916 Uprising. A visit to the Witness History Museum will give you a better understanding of this period in history through its interactive displays and exhibitions. You can book a ticket to the GPO museum through the official website.

Found on the north coast of the city, Malahide Castle and Gardens is a prominent historic landmark that functioned as the residence of the Talbot Family for hundreds of years. The medieval stone castle, which has been around since the 12th century, was eventually donated to Ireland for public use and is now one of Dublin’s most frequented sites. The traditional stone castle is extremely well-preserved and features a courtyard, where over 5,000 species of plants and flowers can be seen and where visitors can have high tea and refreshments. 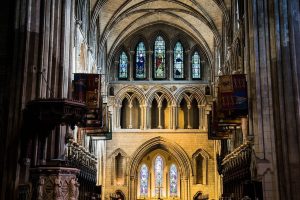 Constructed between 1220 and 1260, St. Patrick’s Cathedral is Ireland’s national cathedral and one of Dublin’s most recognizable landmarks, having played an important role in Irish history. The church was the site of several Christian baptisms conducted by St. Patrick himself. It also houses the remains of famous Irish author Jonathan Swift, who also served as a dean of the Cathedral. Entering the cathedral requires a ticket, which you can purchase here.

Originally established in 1028, the Christ Church Cathedral is one of the oldest establishments in Great Britain and was originally a Viking Church. The spiritual center of Dublin, it currently serves as the cathedral of the United Dioceses of Dublin and Glendalough and a pilgrimage site ever since medieval times. Apart from being an important religious institution where people come for public worship, locals and tourists alike frequent the cathedral to explore the mysterious monuments and underground crypts found inside. The cathedral is also home to Dublinia, a facility that recreates the life and scenes from the Viking Age.

For a more unique and macabre experience, head over to the Glasnevin Cemetery, founded in 1832. Located in the Glasnevin neighborhood, the 124-acre cemetery is the final resting place of several men and women who helped shape Ireland into what it is today. Some of the iconic figures buried in the cemetery include Irish politicians such as Michael Collins and Daniel O’Connell as well as writers like Christy Brown and Gerard Manley Hopkins.

There’s no way to miss this iron footbridge that has been operating in Dublin since 1816. The Ha’Penny Bridge stretches nearly 150 feet across the River Liffey and is one of the most photographed spots in the city. Connecting the north and south side of the city, it is the first pedestrian bridge in Dublin. In the past, the foot passengers were required to pay a “ha’penny (half penny) to cross, thus the bridge’s name. Whether you want to take selfies, enjoy the river view, or simply stroll across, the Ha’Penny Bridge is one landmark that you shouldn’t miss when in Dublin.

Located in Dublin’s Custom House Quay, the Jeanie Johnston Tall Ship is an impressive replica of the original Jeanie Johnston ship that completed 16 journeys from Ireland to North American within an eight-year period, from 1847 until 1855. During the Great Famine, the “coffin ships” brought more than a million Irish residents who were suffering starvation to North American in order to start a New Life. The historic landmark and tourist attraction now function as a history museum where guests get to learn about the transatlantic journey of the Jeanie Johnston ship.

One Comment on “Travel Back in Time in Dublin”